Commonly referred to as crystal, leaded glass is a special variety of glass that contains lead instead of the calcium content found in classic potash glass. The leaded glass typically has 18-40 percent lead (by weight). This type of glass is very popular among interior designers because of its clarity.

In the past, leaded glass was used to serve and store drinks, but it is no longer the preferred option for this purpose because of the many health risks of lead. So, today this type of glass is commonly used for decorative purposes. This article talks about the history of leaded glass. 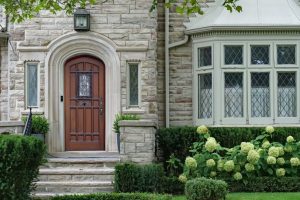 Lead can be added to glass as a component of the initial melt or performed leadless glass or frit. Lead oxide, commonly used in leaded glass, can be obtained from various sources, including Galena in Europe. In the early times, lead metal was obtained through reprocessing of materials collected from abandoned sites and old church roofs.

Leaded glass first emerged in Mesopotamia, which is regarded as the origin of the glass industry, in 1400 BC. This glassware contained about 3.66 percent PbO. A recipe for leaded glass appears in a Babylonian tablet created in 1700 BC. Also, a red sealing wax cake discovered in the Burn Palace at Nimrud in the early 6th century BC had 10 percent PbO.

The low amount of lead in these items suggests that the metallic content may not have been deliberately added and wasn’t used as the main fluxing agent in prehistoric glasses. The leaded glass was also used in Han-period China between 206 BC and 220 AD. This glass was commonly used in ritual objects like big and small figures, jewelry, and restricted range vessels in China. It is argued that this technology was brought into the region by glassworkers from the Middle East.

In prehistoric and early modern Europe, leaded glass was used as a base in decorative glass, particularly in mosaic tesserae, stained-glass paintings, enamels, and bijouterie. The primary purpose of using lead in glassware was to imitate precious stones. The use of leaded glassware continued through the 20th century until new leaded glass with higher optical clarity was developed in 1932 by a team of scientists at the Corning Glassworks in New York. Today, leaded glass is commonly used in industrial and ornamental applications.